Posted on 04 Mar 2019 in Match Report | Comments Off on Doing greatly against Yateley lately!

Without our esteemed leader- poor Abs knocked down by Illness – I was asked to hold the fort and be Captain . I was a bit worried as our last encounter with Yateley had been a rather bad tempered affair- with me asking very politely – if the attacker would PLEASE stop pushing me as […]

On a gorgeous sunny lunchtime Saturday instead of drinking cider in a pub garden, it was an away match for us Siders against A&F3. Travel and a late away match did not normally go well for us but NO we were awesome the best team on the pitch!! And the awesomeness continued from the off. […]

Posted on 01 Mar 2019 in Match Report | Comments Off on Expert team players!

The team had a storming game with lots of goals, saves and great team work. Even the opposition’s umpire from UPS was impressed and commended us on our expert team play. Tina made several superb saves to ensure waterside were in-front in the game. It was great to have Cherry and Esther back in defence […] 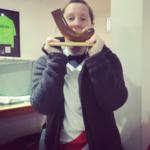 There was a Fareh-amount of whistle blowing and slip sliding around this week as the Watersiders gently lulled the opposition into a false sense of security (and a 2-0 lead) for the first 66 minutes of the game. Then, just as they thought they had it in the bag…. BOOM! Becca looped one over the […]

Posted on 22 Jan 2019 in Match Report | Comments Off on ‘ANDOVER THE BALL (again), WE WANNA SCORE SOME MORE GOALS (again)!

So exactly 112 days since playing Andover before (and my previous effort at match report) – we were to play them again on their home turf. Little did I know I would be bestowed the honour of writing the match report again! The score in September had been 4-1 to us – could we win […]